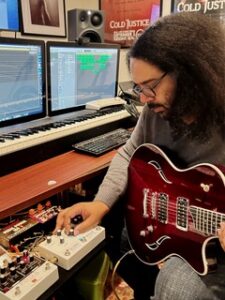 Thank you so much for doing this with us! Before we dig in, our readers would love to “get to know you” better. Can you share with us the backstory about what brought you to your specific career path?

It’s a long, long tale, but I’ll give you the bullet points: I’m originally from Philadelphia. I starting playing piano at three and guitar a few years after that. First, I wanted to be Hendrix or Van Halen. Later, I wanted to be Miles Davis or Mozart. But as much as I was obsessed with music, I was equally obsessed with movies and television. I had room in my heart for both Francis Ford Coppola and Stephen J Cannell.

After going to college in New York City, I played in countless bands and toured the U.S. as a solo artist. Then came the lost years where I did a bunch of random things unrelated to music: I traveled a lot and moved out of the country for while. Then a friend from college recruited me to work as a blackjack card-counter with a team in Las Vegas. That’s actually one of the ways I earned money to move to Los Angeles and become a composer.

Congratulations on “The Walk”, can you tell us more about that project and what it means to you?

‘The Walk’ is a story that takes place during the Boston bussing crisis in 1974. In an attempt to desegregate public schools, the city of Boston starting busing children from different neighborhoods to schools outside of the zones where they lived. As a result, some of the people who wanted to keep the schools segregated started riots. ‘The Walk’ follows two families, one Black, and one white, who have to navigate this new normal – including a white cop who questions his own racism after he’s assigned to protect the bus with the Black kids.

Can you share the most interesting story that happened to you since you started composing?

Can’t say a singular event sticks out in my mind. There are so many fantastic firsts in this business — the first time you hear your music on television or in a movie theater. That first big job. The first time you get a check you can actually live on. The first time you get some sort of official recognition for your work. I remember each and every one of these things in great detail, because they’re signposts that your hard work is paying off, and your dreams are coming true. 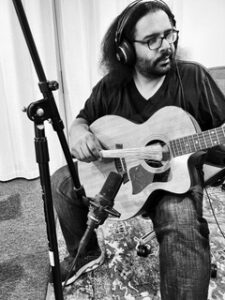 Are you working on any other exciting new projects?

I’m the composer for a show called ‘Cold Justice’ which airs on Oxygen. It’s produced by Dick Wolf the creator of the Law & Order. I’m writing the music for the 7th season now. This September we’ll be airing our 100th episode. It’s an unscripted procedural following an investigator and her team as they attempt to solve cold case murders. The show has actually solved quite a few, including getting arrests, indictments and convictions. It’s incredible television that actually does some good. I’m really proud of that show.
I’m also about to start an amazing documentary. I can’t talk about it too much yet. But it’s different than anything I’ve ever done. I love a challenge.

Is there a particular person who you are grateful towards who helped get you to where you are? Can you share a story about that?

I’m so glad you asked this. I love talking about this sort of thing. Yes, there are a bunch of people. The first is one of my first friends in Los Angeles, the fabulous film composer Pinar Toprak (Captain Marvel). Besides being a brilliant composer and amazing friend, Pinar’s been incredibly supportive of my work. Now we’ve kind of come full circle, in that she helped me land my first assistant job 15 years ago, and is also a producer on ‘The Walk’ and introduced me to the director.
Another is a great composer named Robert Duncan. I worked for Rob as an assistant 15 years ago. Then after I left, he helped me get my first job in television. No one makes it on their own. If you work hard, there’s always a community of good and generous people willing to help you rise.

From your experience, what are a few ideas that we can use to effectively offer support to others who want to work in the film industry?

Exactly what I was saying — I love to help people take that next step, because so many have done it for me. Helping deserving people find opportunity is a gift you give to others, but also a gift you give yourself. 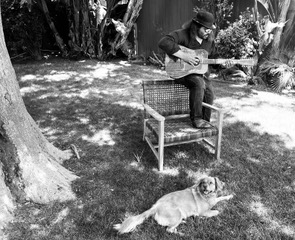 Can you please give us your favorite ”Life Lesson Quote”? Can you share how that was relevant to you in your life?

I don’t have a motto or anything — But a long time ago I got fired from a music job I loved. I was so depressed afterward. I couldn’t even tell my wife for a few days. I was embarrassed. I’d never been fired from anything before. Not even a crappy mall job when I was a teenager. Finally, after a few days I called my Mom and told her. She was quiet on the phone for about five seconds, then she said “Well… that’s show business.” I laughed so hard. Just the way she nonchalantly said it. Then I thought “well… she’s right.” Since then, I do my best not to take any of the pitfalls of this business (and there are plenty) personally. It’s just… show business.